Manchester United extended their unbeaten run to five matches and stayed close to the top four after a narrow 1-0 victory over West Ham United in the English Premier League. Marcus Rashford scored the only goal of the match at the end of the first half. David de Gea made some excellent saves to keep the fifth clean sheet for his side this season.

Who won the most defensive duels for Manchester United? How many positional attacks were created by West Ham United? 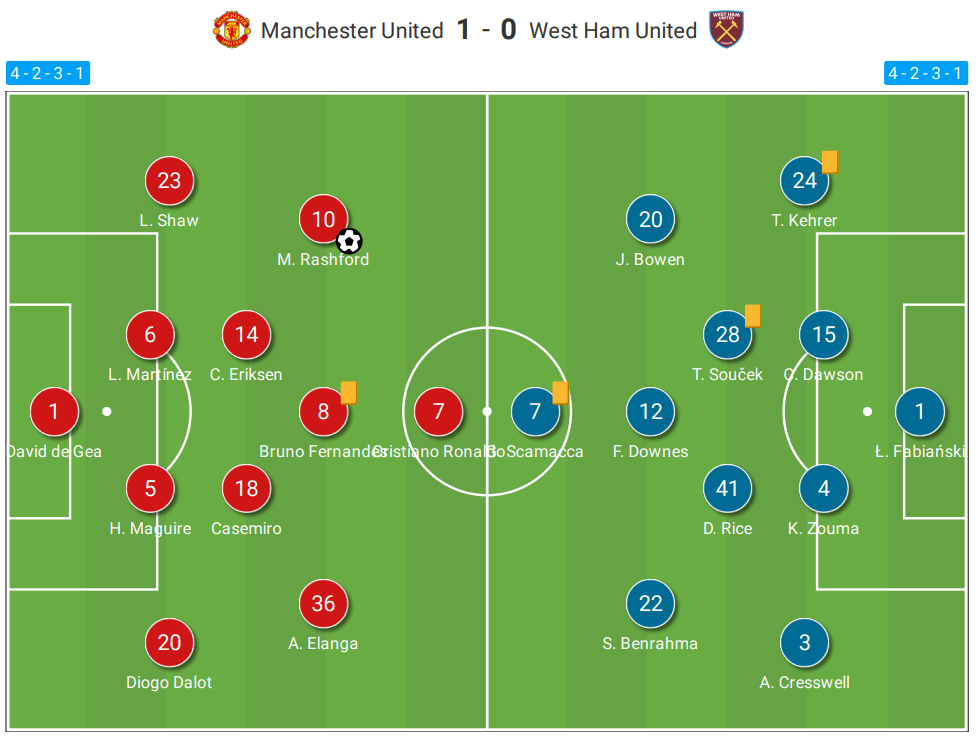 The Data: Ronaldo’s two goals give United win over Newcastle