Manchester United had a busy transfer window before the start of the English Premier League 2022/23 season. The Red Devils had a managerial change as former Ajax manager Erik ten Hag took charge. He needed some recruitment to strengthen his squad and increase their chances of winning silverware this season. The Dutch manager prioritised strengthening the defence and attack. He also needed 2-3 midfielders as Paul Pogba left the club for Juventus. Christian Eriksen joined the club and played alongside Scott McTominay. Manchester United signed Casemiro from Real Madrid just before the deadline. This meant that McTominay’s position was in danger. However, the manager stuck with the Scottish international and gave him the nod ahead of the experienced Brazilian. Scott McTominay has shown consistency, and now we look at some of the stats that show why he is on the team sheet in the English Premier League. 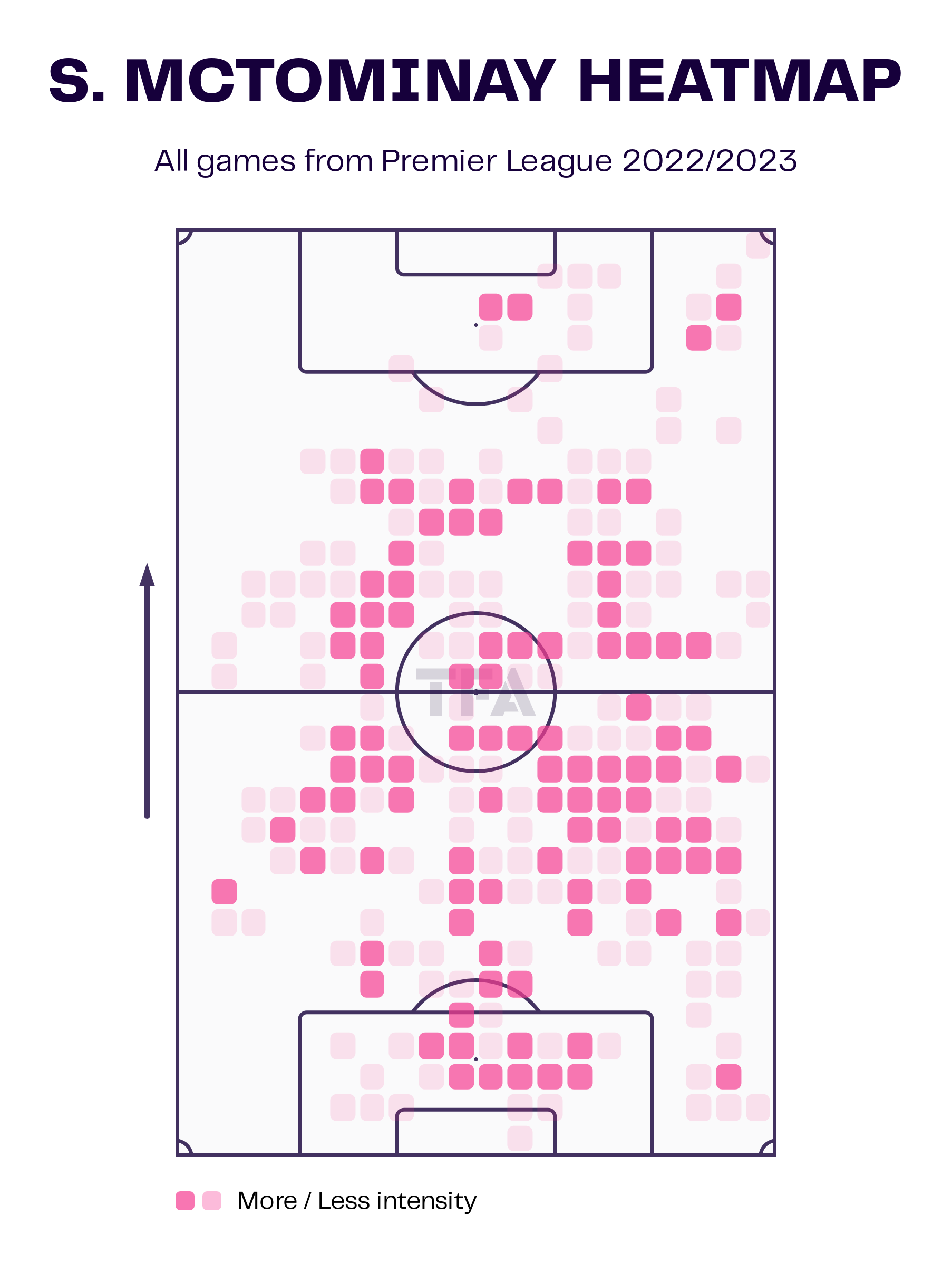 The 25-year-old Scotsman has been a member of the senior team since 2017. He has been a hard worker and has given some top performances for the club. Scott McTominay plays in the midfield and can either play as a box-to-box midfielder or as a defensive midfielder. This season, Erik ten Hag has used him as a defensive midfielder. Christian Eriksen plays an attacking role, and McTominay stays at the back. McTominay has started in every English Premier League match and has spent 515 minutes on the pitch. The above viz shows that he has played towards the right side and his average position is inside the defensive half. 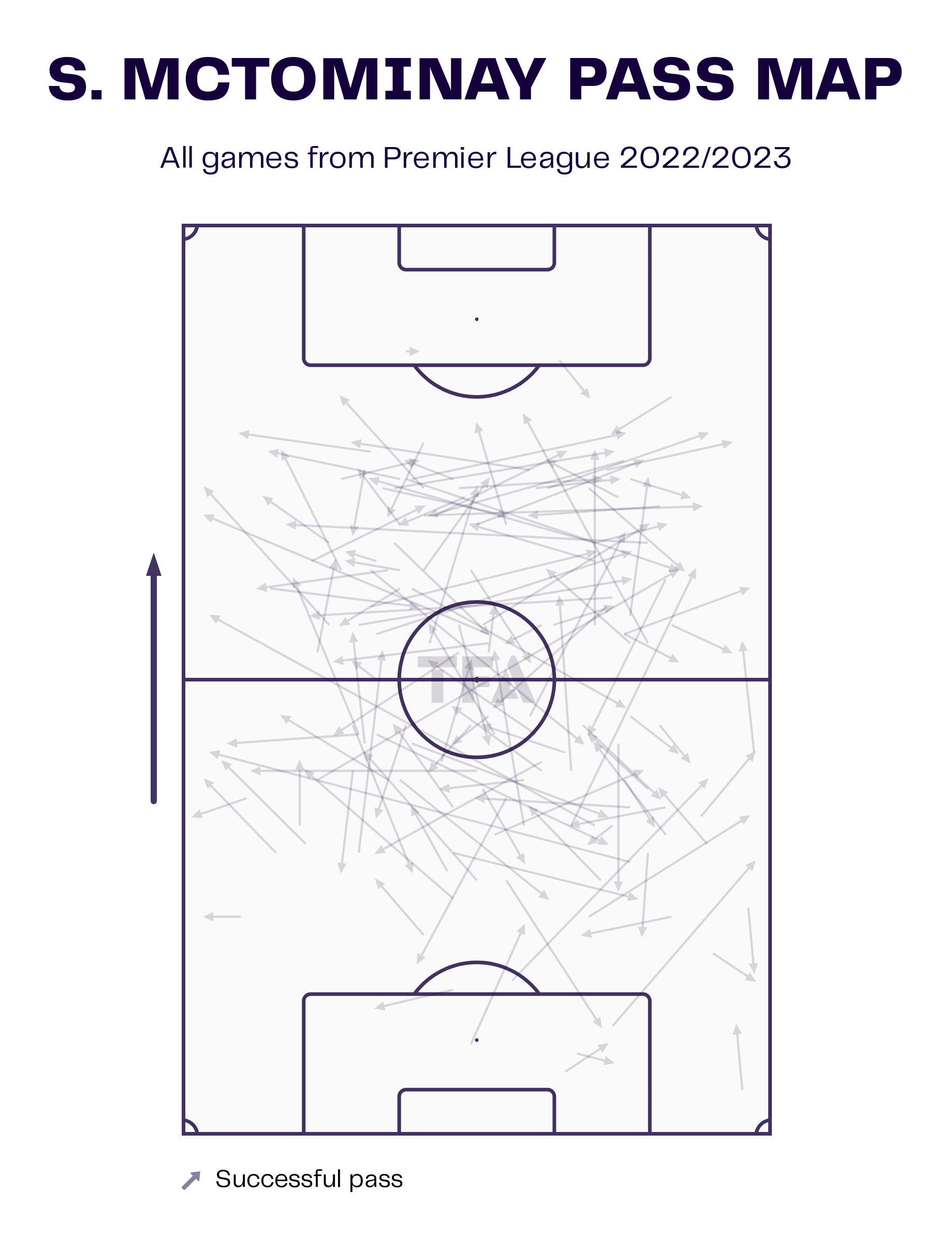 Scott McTominay is not known for his passing. He can strike the ball and score a few goals on occasion. This season, the player hasn’t had a lot of share of the ball and averages 29.53 passes per 90 minutes, with an 84% passing accuracy rate. Most of these passes have been simple passes to keep possession. The player averages 3.15 passes to the final third, with an 83.3% accuracy rate. 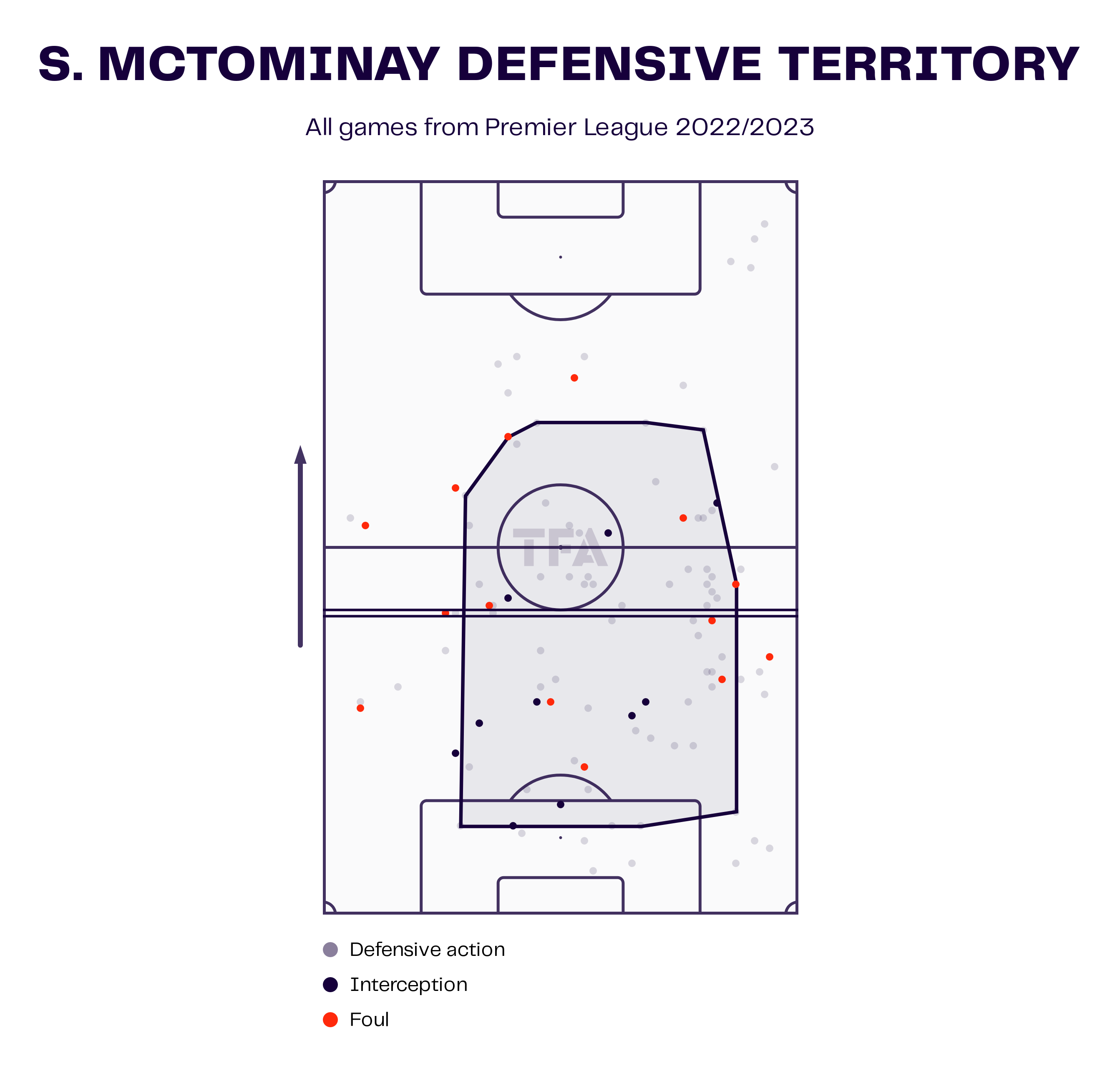 Scott McTominay has done all the dirty work for his team and has received four yellow cards. He is one yellow card away from suspension. The above viz shows the defensive territory of the player, and it shows that the midfielder gives defensive cover to the centre-back and the right-back. The 25-year-old contested 22.9 duels per 90 minutes and had a 52.7% success rate. He has won 59.6% of his defensive duels, 56.3% of his aerial duels, and 50% of his loose ball duels. Other than this, he averages 3.84 interceptions per game and most of these have been made outside the penalty box. 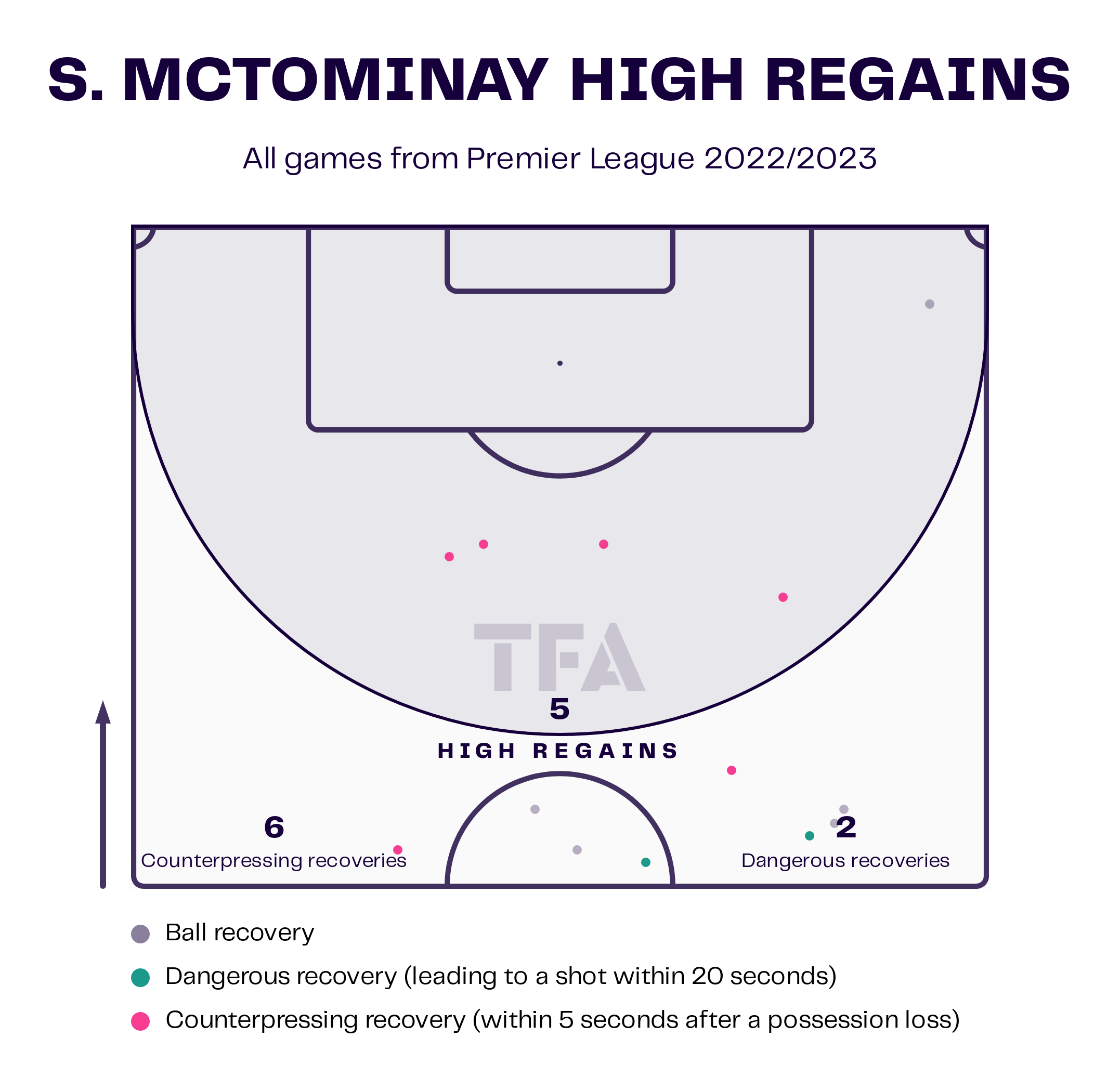 When it comes to recovering the ball, the Scottish international has made 9.8 recoveries per 90 minutes, and 25% of these recoveries have been made in the attacking half. The above viz shows that of the six recoveries in the opposition, half were counter-pressing recoveries and two of them were dangerous recoveries.

Scott McTominay has experience of playing in English football. Casemiro is new to the league and has less pace than the Scottish player. McTominay is likely to get the nod ahead of him in the first season. The 25-year-old has performed decently and will look to improve his stats in the coming matches.

“Bruno Fernandes is a big boost but Man Utd need one...

Pogba set for return next week

Under the microscope: Why Manchester United are interested in selling the...