Manchester United will make the trip to Moldova to face Sheriff in their second match of the UEFA Europa League 2022/23 campaign. The Red Devils lost their first match of the group stage, while their opponents earned a big victory in their match.

Sheriff faced Omonia Nicosia in their first match and came out as 3-0 winners. Sheriff were clinical with their finishing and now lead the Group-E table.

Manchester United suffered a 1-0 defeat against Spanish opponents, Real Sociedad. They were unlucky after the referee awarded a penalty to Sociedad and the decision was a bit harsh for the Red Devils. This ended their four-match winning streak in all competitions. The Red Devils will now aim for a win in this match.

Now we look at some of the stats to predict the outcome of the match. 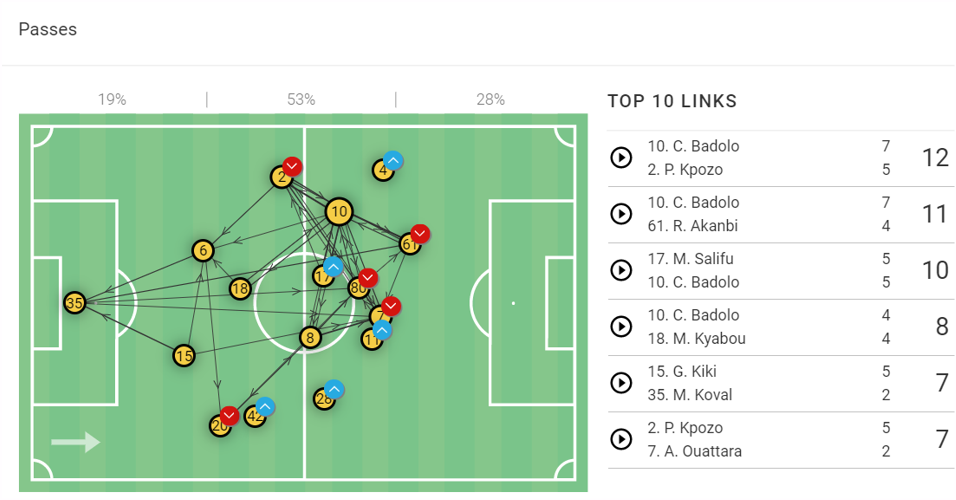 Sheriff plays in a 4-3-3 or a 4-3-1-2 formation. The above viz shows the passing links and the average position of Sheriff players in the last match. We can observe that one of the players plays a defensive midfielder role. He allows the other two midfielders to support the attack. The front three players play close to each other and focus on attacking from the centre. 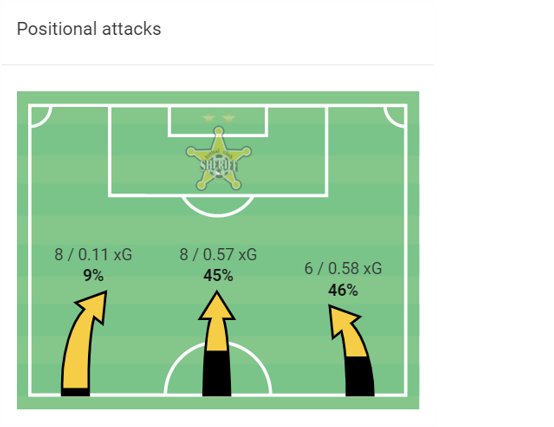 Sheriff created 22 positional attacks and attempted ten shots from these attacks. Most of the threatening attacks came from the centre. They were also clinical with their finishing as Sheriff managed to convert three of the four shots on target. They will target Manchester United’s weaknesses and try to score goals. 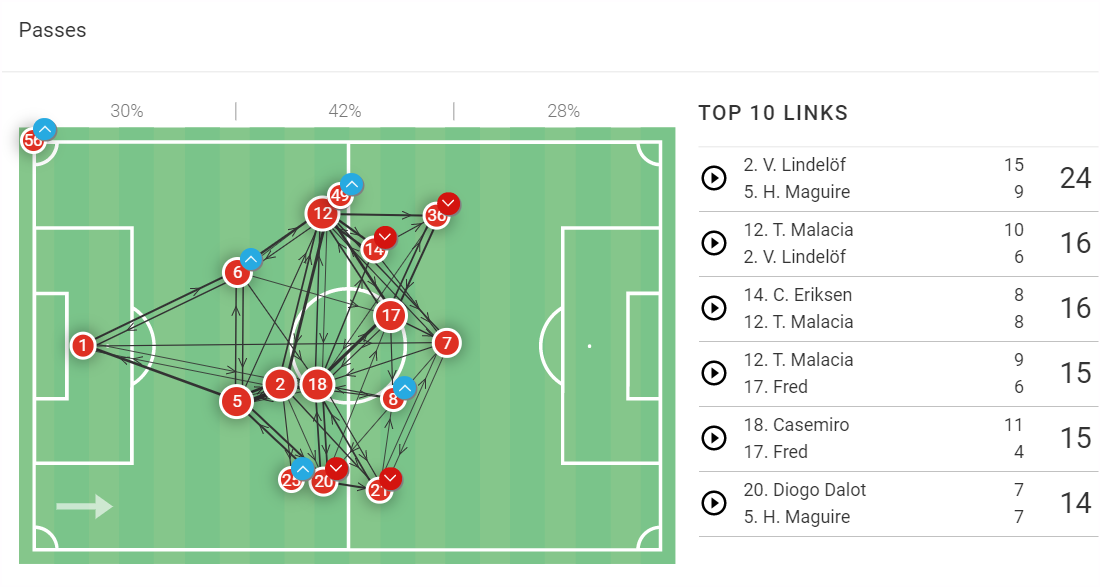 Manchester United play in a 4-2-3-1 formation. Scott McTominay or Casemiro will play as a defensive midfielder. This allows the other midfielder, Christian Eriksen, to go forward from the left side to join the attack. Bruno Fernandes plays the number ten role and supports the three attackers in front of him. The Red Devils also have the ability to hit on the counterattack and will test Sheriff’s defence in this match. 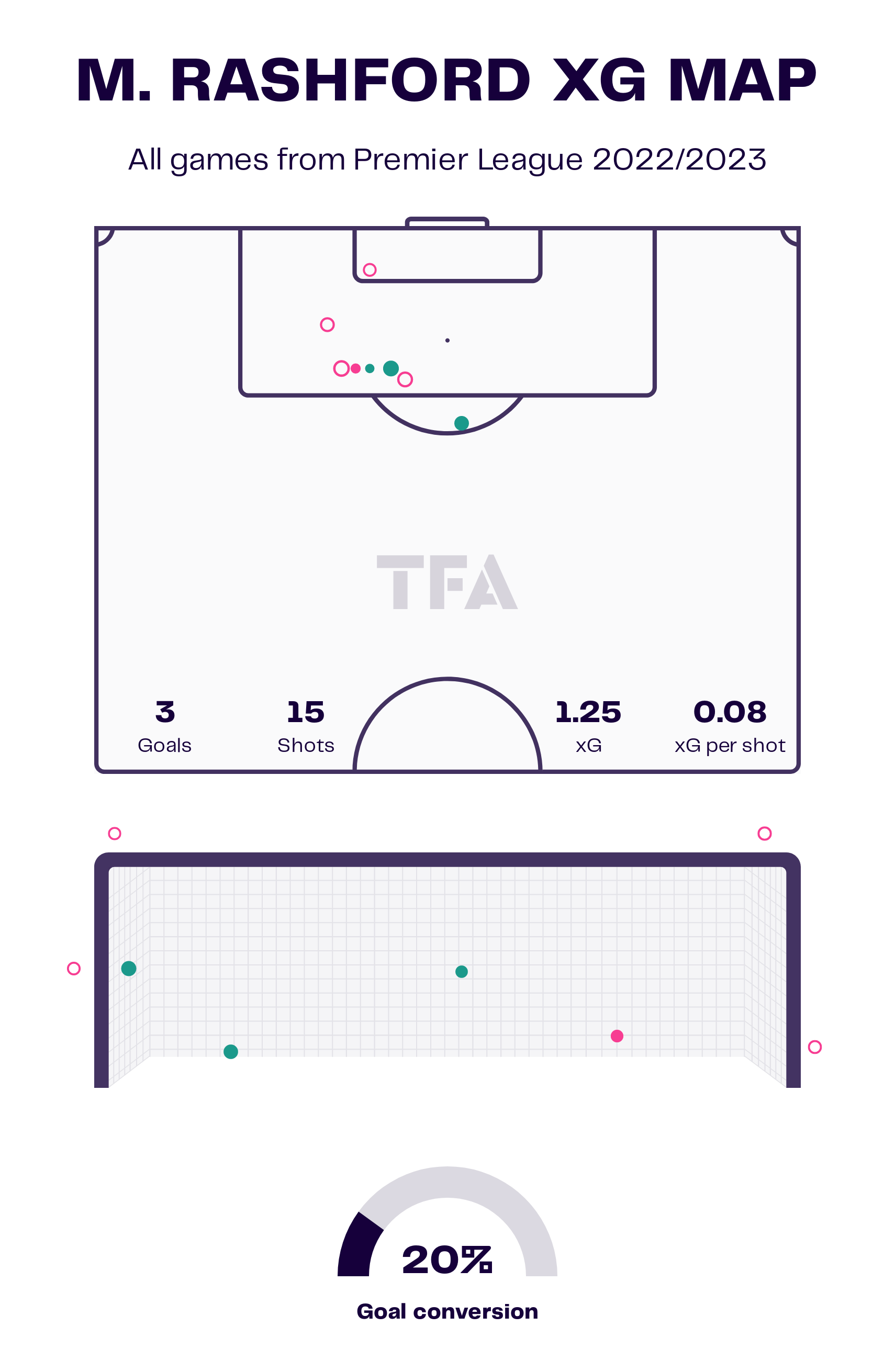 Marcus Rashford will play a key role in this match. The Englishman is yet to make an appearance in the UEFA Europa League this season and will look to make his mark in his first appearance. Rashford has been a key figure in the English Premier League and has scored three goals along with two assists. Sheriff will have to deal with Rashford’s pace and skills. 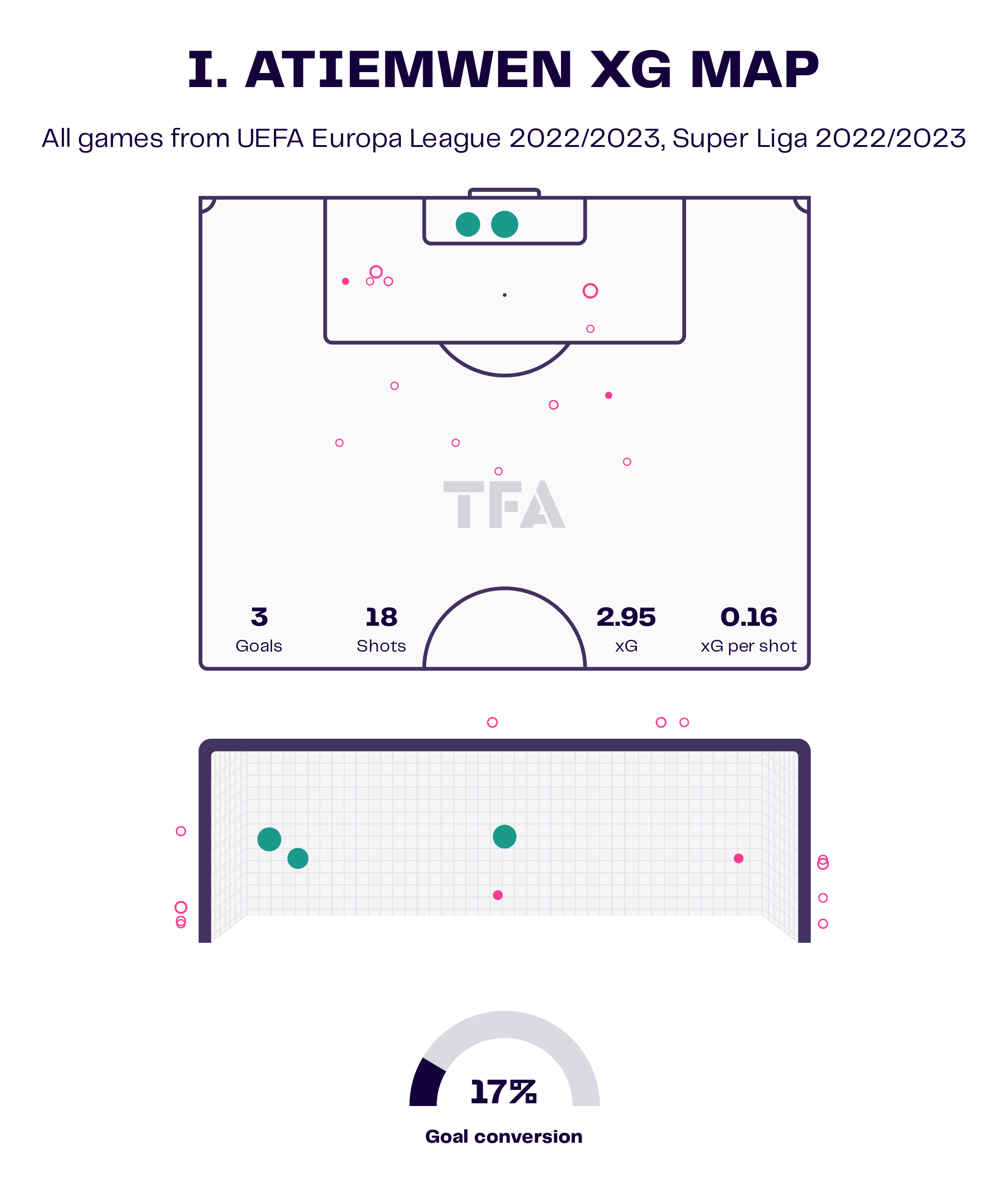 Iyayi Atiemwen will be a key figure in Sheriff’s attack. He has scored three goals in all competitions and will be a threat to Manchester United’s defence. Atiemwen has found space inside the opposition’s 6-yard box twice this season and has converted both opportunities. He will play a key role in the match.

Sheriff have no new injury concerns in their team. The only absentee will be goalkeeper Dumitru Celeadnic, who tested positive for COVID-19.

Manchester United will still be without Anthony Martial. Erik ten Hag will make some changes to the starting 11 and go with his strongest 11. Marcus Rashford is set to lead the line ahead of Cristiano Ronaldo.

This is a must-win game for the visitors as they look to earn their first points in the UEFA Europa League 2022/23 campaign. The Red Devils were unlucky in their defeat against Real Sociedad and will look to make amends for the defeat. Sheriff likes to upset big teams, and they did it in last season’s UEFA Champions League campaign. Manchester United will need to be at the top of their game.

“Bruno Fernandes is a big boost but Man Utd need one...